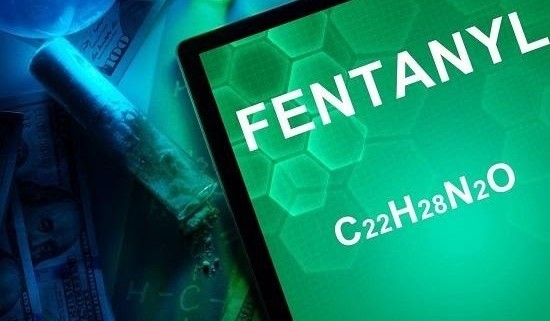 Fentanyl is Being Smuggled Into the U.S. at an Alarming Rate

If you wonder which drug is the most potent and deadly on the street today, look no further than fentanyl. In fact, handling fentanyl is so risky that police and first responders fear having contact with the substance. Just a tiny amount of the drug can produce a lethal outcome.

Lately, with drug-related deaths on the rise again, people are hearing about fentanyl more and more. This is because it is found to be involved in many of these overdose deaths. People are not aware they have taken a substance that contains fentanyl, and simply succumb to its effects.

Learning about the many forms of this deadly drug, and what it looks like, can help make people more aware. The more that is known about fentanyl, the better informed the public is. Being aware and informed can help begin to stem the rising tide of deaths.

Fentanyl is a very strong prescription opioid derived from morphine, and often marketed under the brand name Duragesic. The drug is very potent, at least fifty times more so than morphine. Fentanyl is most often reserved for cancer patients who receive end of life care. The drug is useful in managing extreme pain.

Fentanyl comes in many forms, so it does not look any one certain way. Instead the drug has many looks, such as:

Instead of asking what fentanyl looks like, though, the bigger question should be what substances contain this drug. Many drugs on the street are laced with fentanyl. Because people are often not aware that they are taking a drug with fentanyl in it, deaths occur.

Why Fentanyl is So Dangerous?

The Centers for Disease Control (CDC) reported that deaths caused by fentanyl doubled during the first half of 2017. CDC issued an alert in 2018, warning the public about the potent drug’s effects. This was an effort to inform people that it was showing up in heroin, meth, benzos, and fake opioids. CDC also pushed for more training for naloxone, the opioid antidote. Naloxone can reverse the fatal effects of fentanyl.

Deaths occur because the fentanyl impacts the opioid receptors in the brain that control breathing. A high dose of the drug can reduce the breathing rate, even causing breathing to stop. This is what causes the death.

Because fentanyl impacts the central nervous system, the respiratory system is greatly affected. The drug is so potent that a tiny amount carries the risk of overdose. The effects of fentanyl within any substance can lead to a fatal outcome. Signs of fentanyl overdose include:

A fentanyl-related overdose is an emergency event. Death can occur rapidly, so if these symptoms are present you must obtain help right away. Thanks to a push by the CDC, most first responders now carry naloxone to help reverse the effects of overdoses.

Fentanyl and Heroin a Deadly Combo

The opioid crisis of this past decade has led to a spike in heroin use. This happens when the opioids become harder to procure, or too costly. This is when someone will switch to heroin as a substitute for the opioid. Heroin provides what the body needs to avoid withdrawals and is cheap and available.

Heroin addicts obtain the drug from dealers on the street, and don’t know that the substance they purchased contains fentanyl. The person then takes the usual dose and their body cannot handle the fentanyl, causing death. Cocaine, meth, and pills are also cut with fentanyl, leading to the sharp increase of deaths.

So far, we have only touched on the dangers of ingesting fentanyl without even knowing it was present in the substance. There are, though, people who acquire an addiction to the fentanyl patch.

As with any opioid problem, a fentanyl addict will need to tackle the problem through residential rehab. Starting with detox, recovery from fentanyl involves evidence-based therapies. These include group therapy, CBT, classes to learn coping skills, and MAT. It is possible to change your life and enjoy planning for a bright future once again.

If you are seeking help for an opioid addiction, LifeSync Malibu is here to help you. LifeSync Malibu is a leading treatment program in the L.A. region. It sets itself apart by having a doctor-led treatment team. With the gorgeous Malibu setting to inspire you, along with an expert team, a new life is yours to have. To learn more about our program, please contact the team today at (866) 491-4426.

What Happens to the Brain and Body During Detox?
Click to Call
Request a Call Back for Additional Help