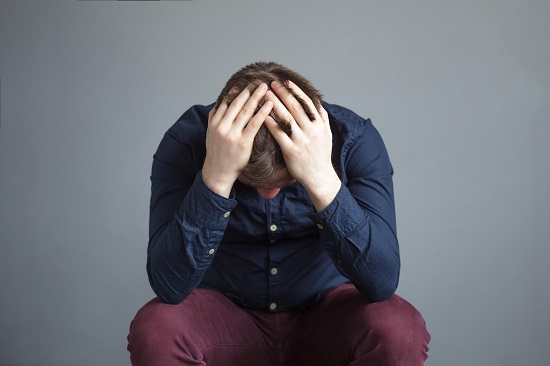 Imagine finally mustering up the conviction to stop drinking, only to find your depression symptoms worsen.

Alcoholism and depression is a very common dual diagnosis. Individuals who struggle with alcoholism may develop depression as a result of the many adverse consequences of their addiction, often in the wake of losing a job, enduring a divorce, or dealing with legal issues. On the other hand, those who are battling depression often find solace in using alcohol to help suppress the symptoms of the mental health disorder. Whichever the order of onset, these two co-occurring mental health disorders are a problematic combination that also presents unique challenges when treatment is sought.

“Depression makes people more vulnerable to alcoholism and vice versa,” said Dr. Shelly Greenfield, a professor of psychiatry at Harvard Medical School, as quoted in the New York Times. “About a third of depressed people also have a problem with alcohol, ” Dr. Greenfield continued, adding that depression usually comes first. Genetics makes some people more vulnerable to each.”

While understandable that an individual who is suffering from depression might turn to alcohol in an effort to numb emotional pain, this remedy can soon turn against them. As tolerance increases, so does alcohol consumption, often resulting in addiction or chemical dependence. Many people caught up in this vicious cycle struggle when quitting alcohol, and their depression symptoms escalate.

Prior to making a diagnosis the mental health professional will first evaluate health status to rule out a medical condition that might be causing the depression symptoms. If no health condition is identified, the diagnosis of depressive disorder is arrived at.

About Alcohol Use Disorder

Learning to recognize the signs of a developing alcohol problem can lead to earlier intervention and a better recovery outcome. Based on the number of symptoms present, the individual will be diagnosed with a mild, moderate, or severe alcohol use disorder. These symptoms include:

The Relationship Between Depression and Alcoholism

Although depression can co-occur with any substance of abuse, there is a particularly common connection between depression and alcohol use disorders. Alcohol is a depressant that works on the central nervous system, slowing its functioning as well as that of the nerve cells. Alcohol’s relaxing effect can be desirable to someone who is struggling with depression.

About 20% of alcoholic adults also suffer from clinical depression, according to an article on the topic in the Psychiatric Times. A similar article from the National Institute on Alcohol Addiction and Abuse explains that it is common for individuals to develop depression because heavy alcohol abuse directly impacts brain function and alters the neurotransmitters.

When quitting alcohol, and depression symptoms ramp up, it can present a serious mental health condition that should never be ignored. Without alcohol to numb the effects of a depressive disorder, the individual may find the depression symptoms overwhelming and the risk of suicide is increased. Obtaining professional dual diagnosis treatment is essential.

Depression and Alcoholism in Women

Statistics provided by The Journal of Psychiatry & Neuroscience reported that there is a 1.7-fold greater prevalence of depression among women than men, and it is more than twice as prevalent among young women under the age of 25. Some of the reasons for the disparity include:

In addition to being more susceptible to depression, women are also more vulnerable to the effects of alcohol. Because of a woman’s smaller size and higher fat content, it takes less alcohol to become intoxicated than a man, and longer for it to metabolize. This means that long-term health problems due to alcohol abuse are elevated in women.

According to the CDC, alcohol abuse in women leads to higher liver disease rates than men, more damaging brain effects, are at increased risk for heart damage, and are more vulnerable to sexual assault.

People with comorbid depression and alcoholism have an increased risk of suicide. In fact, according to the Substance Abuse and Mental Health Services Administration, about 32% of all suicides involved individuals who had blood alcohol limits at or above the legal limit, and that 50% of those who committed suicide had suffered from depression. According to a study published in the International Journal of Environmental Research and Public Health, the lifetime risk of suicide among alcoholics is 10%-15%, and that depression and alcoholism were comorbid in 85% of 100 cases of completed suicide.

Alcohol addiction creates a 10-fold higher risk for suicide as compared to the general population. Because of the significantly higher risk for suicide, individuals with a dual diagnosis of depression and alcohol use disorder should be receiving professional treatment where both disorders can be adequately managed.

Getting Help for Co-Occurring Alcoholism and Depression

Whether the individual obtains addiction treatment at an outpatient or residential dual diagnosis program depends largely on the severity of the alcohol use disorder and the depression.

Outpatient programs offer treatment in varying degrees of intensity while allowing the client to reside at home. This flexibility provides the individual with the ability to continue to work and fulfill family responsibilities throughout the treatment program period, but outpatient programs are best suited for mild to moderate alcohol use disorders.

Residential treatment programs entail residing at the treatment facility for a specified period of time. Residential programs are the best treatment option for a moderate to severe alcohol problem, as these programs provide medically supervised detox and therapeutic support is available 24/7.

When an individual is committed to sobriety, both alcohol use disorder and depressive disorder are highly treatable. Individuals that stay the course and continue with aftercare activities have the potential to reclaim their lives and enjoy a fulfilling future.

LifeSync Malibu is a premier addiction and dual diagnosis treatment program that remains at the forefront of the recovery industry. Using the most recent evidence-based modalities, the compassionate clinical team at LifeSync Malibu is ready to guide you on your recovery journey, partnering with you every step of the way. If you are quitting alcohol and have seen your depression symptoms intensify, reach out to our admissions specialists for the help you deserve. Call us today at (866) 491-4426.


3-Part Series: Is Vaping Really Bad For Your Health? – Part 2

Addicted to Xanax Bars
Call Us Today Scroll to top