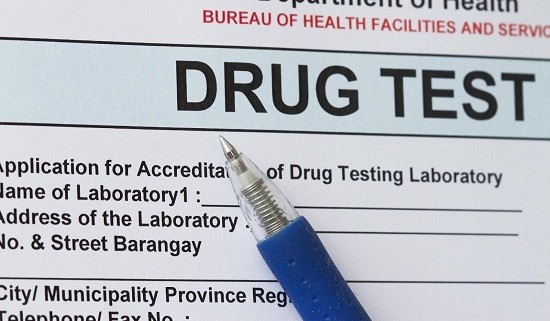 Learn about How the Body Flushes Heroin From the System

Urine tests are just one type of testing that can be used to detect a drug, such as heroin, in the system. Testing is used to detect substance use in many settings, and for diverse reasons. Schools test athletes, rehabs test clients, sober living homes test tenants, and police test suspects. Employers may require drug testing prior to hiring someone, or for managing worker’s comp claims. Courts may require testing as part of the parole program.

Substance testing can be done via saliva, urine, hair, or blood samples. Each substance has a unique half life, causing it to remain in the system for a certain period of time. Of all the drug tests, hair samples provide the most data in terms of how long the person has been clean.

When it comes to testing for the presence of heroin, a urine test will not pick up the drug itself. Instead a urine test detects the metabolite, which is present for a few days after heroin use. This is compared with a hair sample, which can still pick up heroin up to three months later.

As feared or hated as drug testing might be, it does serves a purpose in recovery. Because heroin is so hard to conquer, people can relapse easily. The cravings or triggers can be very hard to ignore, making relapse quite common. Sadly, a heroin relapse can be deadly after being clean for an extended time. There is a good chance that their body cannot handle the amount of the drug it was once used to, which can be lethal.

Drug testing during and after treatment can create a barrier to help prevent slipping up. A relapse could cost you your sober living housing, your job, your marriage, or your parent’s rights. A drug test can help you stay the course to avoid those outcomes.

The first year of heroin recovery is the hardest. Knowing what could happen to your life if you relapsed can help you stay the course. Drug testing is a deterrent to using, and can keep you from veering off course. Some people, though may lack the will to stay clean and may try to game the drug testing system. They may find ways to avoid drugs being found in their urine samples by timing out their drug use.

When thinking about drug tests and relapse it helps to have a basic understanding about how this drug impacts the brain and body. Heroin is derived from morphine, which is a product of poppy plants found in certain regions of the world. Opium is made with the fluid that seeps out of the poppy seedpod. The fluid is then dried into a sticky resin product that looks like gum or sap. From this substance heroin is produced.

Heroin is not nor will ever be a legal drug. It is a Schedule I controlled substance with no valid use. Heroin use leads quickly to increased tolerance to the drug’s effects, and this causes the person to use more and more of the drug.

The heroin “rush” is a state of feeling deeply relaxed, pain-free, and euphoric. The drug causes the brain to release a flood of dopamine into the blood stream. The pleasure response is stamped in the brain’s reward system.

This powerful drug makes lasting changes in brain cells, causing the brain to stop making its own dopamine. Without the drug, the user will no longer be able to feel pleasure at all. With continued use, the person will feel very sick when the drug’s effects begin to wear off. This is called being “dope sick.” At this point, the person is focused only on one thing—the next fix.

Long term heroin abuse can cause severe damage to the body that causes many health issues. As the drug use goes up, the person’s health declines. These long-term health effects include:

The last few years, more and more heroin is mixed with fentanyl. Fentanyl is a highly potent drug that can cause death with just a small amount. In most cases, someone who bought heroin on the street is not aware that it has been laced with fentanyl. Heroin deaths have been rising again lately because of this tainted product on the market.

What to Do if You Relapse?

Sometimes drug testing isn’t enough to deter you from using. Cravings can over power you and before you know it, you have relapsed. If you are being urine tested, you may face certain consequences.

The thing to always remember is that recovery is a journey, not an end point. Relapse can happen, in fact it is quite common. About 50% of those in heroin recovery will relapse in the first year. If you have relapsed there are some steps to take:

Trying to outsmart a drug test by wondering how long does heroin stay in the urine will only lead to defeat in the long run. Instead, use the drug test as a tool to help you avoid using, period. You can beat a heroin addiction and go on to live a productive life.

When you or a loved one is in need of treatment for a heroin problem, LifeSync Malibu is here to help. Our upscale treatment center offers the most up to date drug treatment protocols, and we also treat dual diagnosis. The stunning setting is a perfect place to restart your life in recovery. Please reach out to the team with any questions about our program at (866) 491-4426.

What Happens to the Brain and Body During Detox?