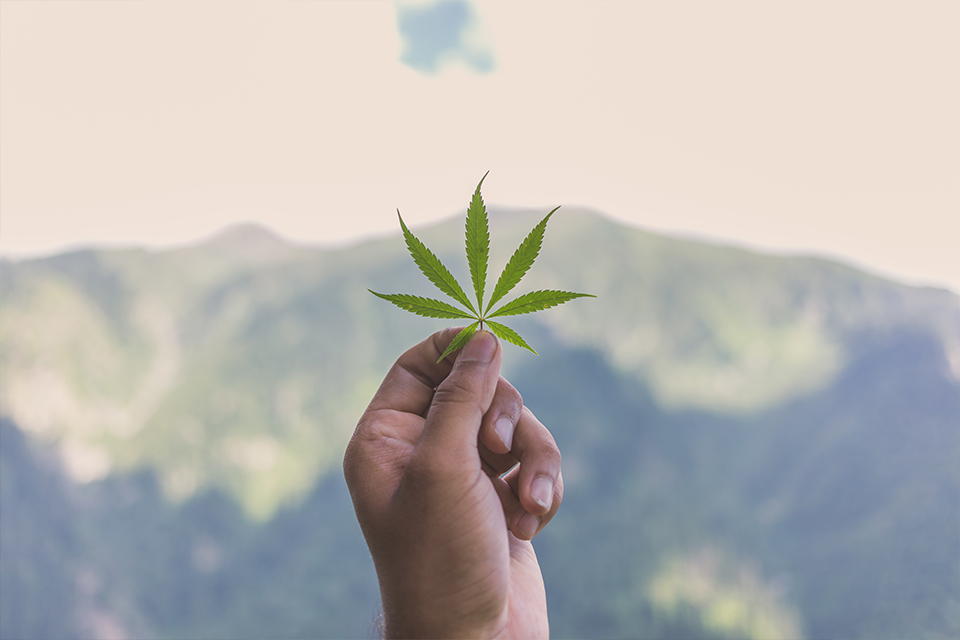 Back in the 60s smoking weed was quite popular. There was something of a cultural revolution going on. Most of the folks that smoked pot back then eventually grew out of it and went on to have families and enjoy a normal life in American society. Only about 10% of those over the age of 25 ever became addicted, most just stopped. Yes, some went on to try more potent drugs like LSD or Heroin, but this was not the norm.  The 60s were just a crazy time.

Back then what we did see was that the younger users, those who started in their mid to late teens, had higher rates of addiction, about 15-17%. Today, we realize it is because their adolescent brain was still forming, and the continued use of THC from all those afternoons ‘ditching school’ eventually affected their brain development. In essence, the THC had re-wired their brains, thus, they became dependent.

Today’s Marijuana is More Potent and More Cause for Alarm

THC is the active ingredient in marijuana that gets you “high”, and today’s hybrid marijuana is far more concentrated than yester-years. In fact, one of the reasons marijuana is being successfully legalized could be partly because many older more politically active folks that tried it back in the 60s didn’t experience it to be that dangerous. We’ve now even had a President who admitted to smoking it. Needless to say, there is a lot of history when it comes to marijuana (cite: 2).

We often hear proponents of marijuana legalization say; alcohol is far more addictive and it’s killed far more people, especially when you factor in all the alcohol-related auto deaths. This is true of course, can’t argue with the statistics. Proponents also say we can legalize it, tax it, and solve all our problems. Well, not exactly.

This may appear to be an overall fair assessment in the minds of those who tried it or smoked it frequently in the 60s, but things are much different now. If we were just talking about the old marijuana, it’s relatively harmless compared to some of the new stuff available in states which have legalized its use.

This new marijuana has extremely high levels of THC. For instance, most of the pot that was smoked in the 60s was relatively low in THC, with the most potent of the day around 6% compared to some of today’s extreme hybrid marijuana clocking in at nearly 30%!

THC (tetrahydrocannabinol) is a Neurotoxin

Marketers of today’s hybrid marijuana advertise the percentage of THC potency as a positive, because it gets you get a stronger effect for longer. That might be okay with you if your only goal is to get high, but if you value your mind, it’s a long-term net negative.

How Bad Is Marijuana Use On Mental Health

Marijuana use has been linked to severe mental health issues and psychiatric disorders. The research is comprehensive and pretty conclusive. Among some of the problems include depression, anxiety, dependency (addiction), psychosis, schizophrenia, dementia, and early onset Alzheimer’s. Most of these studies are statistical in nature, and mind you, much of the research was done by studying those who were smoking the older stuff; not the new high-concentrated hybrid marijuana which is extremely heavy handed in THC%.

For those who smoke the high-concentrated stuff daily, their risks are 500% greater for developing mental health problems. Risks for developing psychosis or schizophrenia are then increased again by as much if you carry certain genes. Worried yet? And, not to scare anyone, but this is serious stuff. If you are smoking marijuana on a daily basis and using the high-potency stuff, you need to strongly consider the long-term effects it is having on your brain.

What Are the Side Effects of Smoking High-Potency Marijuana

There are many cognitive and brain related side effects of high-potency marijuana use. Some are considered unfortunate side-effects by users but are somehow justified as worth it, merely for the pleasure of partaking and experiencing the temporary high. Let’s discuss these adverse side effects.

During use and throughout the intoxication duration you will have short-term memory impairment. You can expect challenges maintaining attention or making decisions. You will have clumsy coordination, increased heart rate and possibly some paranoia. After you are no longer intoxicated and sometimes during intoxication your ability to learn will be impaired. You might also experience problems with your sleep.

If you continue regular use of high-potency marijuana, you might find yourself dependent (addicted). Your cognitive abilities will also be impaired, especially if you started in your mid-teens or early 20s (cite: 3), and you could possibly develop a permanent learning disability. You will most likely have challenges with remembering things, perhaps problems with both short and long-term memory. Your risk of becoming addicted to other drugs or alcohol could also increase nearly 5-fold based on statistical surveys. You could also increase your risk of developing schizophrenia if you have a certain gene set. We are even seeing studies that are linked to increased risk in bi-polar disorder and psychosis (cite: 4).

If you smoke marijuana long-term you can also develop lung problems, which will get progressively worse. If you vape your THC, there are certain additives and chemicals that may not mix together properly, and not all vaping cartridge solutions are the same – if you get the wrong ones, and use them a few too many times you could potentially destroy your lungs, and even possibly die.

Legalization does not necessarily mean safe. Be mindful of the realities and the science supporting it. There are many legal things that are not good for us, in fact most things tend to not be good for us once they start being abused. If you or a loved one feels like they are stuck in a marijuana induced rut, please don’t hesitate to reach out and seek help.

The Value of Residential Drug and Alcohol Treatment For Dual Diagnosis Pati...