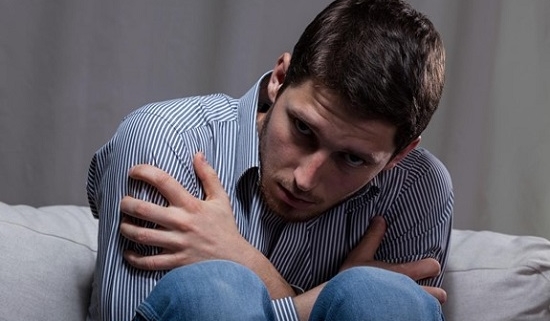 Flakka is a dangerous synthetic stimulant drug. Nicknamed the Zombie drug, flakka began to catch on some years ago in Florida. Since then the drug has found its way across the U.S. This cheap stimulant is more potent than meth or cocaine. It can cause severe physical and mental health effects. Read on to learn more about this deadly substance.

Flakka is the more potent cousin of “bath salts.” Both drugs are synthetic derivatives of the khat plant called cathinone. Flakka is composed of alpha-Pyrrolidinopentiophenone (a-PVP) and is listed as a DEA Schedule I drug.

Flakka is a psychoactive stimulant that made its debut in the U.S. in 2012. By 2015, 80 deaths in Florida were caused by flakka. On the street flakka is often referred to as Gravel, and is also used interchangeably with “bath salts,” or MVDP. While these drugs are similar, flakka is a more powerful version of the now banned bath salts.

Flakka is a central nervous system stimulant that mirrors the effects of cocaine. The foul-smelling substance usually has a crystalized form that resembles rock salt and is white or pinkish in color.

The drug can be smoked, injected, snorted, vaporized, or eaten. The intense high can last for hours. Flakka can be used as filler in illicit drugs, like MDMA or ketamine, and customers then risk its dangerous effects. Flakka tends to be used by teens or young adults and low-income individuals due to its affordability.

What are the Effects of Flakka?

Flakka is a fast-acting substance that quickly causes stimulant effects. The strength of these effects varies depending on the amount of the drug and the method of delivery. The immediate effects can include euphoria, hyperactivity, and heightened alertness among with negative effects. These include:

Long-term affects from continued use of flakka are very serious. These include:

During a flakka overdose the following signs or symptoms may occur:

There have been many news reports of extreme flakka effects. These include violent rages that resulted in trauma, unintended injuries, and even death. Bizarre behavior and extreme agitation are often reported when someone is high on flakka.

With continued use, flakka blocks the uptake of the dopamine and norepinephrine transporter proteins in the brain. The brain becomes flooded with dopamine and serotonin. Because of its affect on the brain’s reward system, flakka is often abused and can lead to addiction.

Not only is flakka a dangerous recreational drug, it also has a high potential for addiction. Tolerance to the drug builds quickly, causing the user to need higher and more frequent doses to feel a similar high. Once addicted, users begin to experience intense cravings, similar to that of a meth user.

Signs of addiction include:

When you see these signs it is critical to get help to overcome the flakka addiction.

To break this cycle of addiction it is important to enter into a treatment program. The professionals will help you make changes in your thought patterns with CBT and other therapies. Treatment includes:

The first step of recovery from flakka involves the detox and withdrawal phase of treatment. When quitting the drug, you will experience the flakka come down, or withdrawal symptoms. These might include:

As you go through the detox period, the staff will monitor withdrawal symptoms and offer treatments to help reduce discomfort.

Once the chemicals have been cleared from the system the individual will be stable enough to begin participating in therapy. The program helps you adopt new thought and behavior patterns to overcome the flakka addiction. Addiction treatment involves:

Flakka abuse and addiction can have a serious impact on a person’s health and life. Fortunately, there is a pathway out of this through professional treatment and ongoing therapy.

LifeSync Malibu is a physician owned and operated premier recovery program located in beautiful Malibu, California. With a full range of addiction treatment services in a compassionate setting, LifeSync Malibu can help you overcome a flakka problem. Begin your journey back to wellness today. Contact the LifeSync team at (866) 491-4426.


How to Manage Ambien Withdrawal