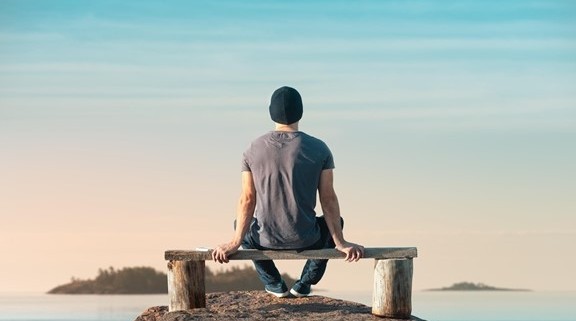 Shaking hands are just one symptom of alcohol withdrawal.

It is a wake up call, that day when you first notice the hand tremors. Up until that day, it might have been easy to deny that you had a drinking problem. You function just fine. You show up to work and you pay your bills. But that day, the day the hand tremors began, was a turning point.

Alcohol tremors are a common symptom seen in people who are having withdrawal symptoms. This is the telltale sign that the brain has come to expect daily alcohol intake. By then, neural pathways have been altered based on heavy alcohol consumption. So, when you attempt to not drink, like during work hours, the body becomes unstable, leading to tremors. Learn about the stages of alcoholism and how they impact the brain and body.

Once the brain has been altered in response to the effects of alcohol, it can lead to dependency. This means that attempts to quit drinking, or even just cutting back, may be met with withdrawal symptoms. Withdrawal symptoms are the result of the body trying to function without the alcohol intake it is used to.

An AUD tends to creep up slowly. What had started as a relaxing drink after work may have turned into 3 or 4 drinks over time. As tolerance increased, the need to drink more to achieve the same results also increased. Some of the warning signs of an AUD include:

Noting these signs, and then acting on it, is the first step in admitting you have a problem with alcohol.

When alcohol intake is not controlled, it can turn into alcohol dependency or addiction. An AUD will progress over time, going through three stages:

Key to surviving an AUD is catching the disease in the early stage. If you embrace sobriety early on, much of the damage can be reversed.

What Happens When You Drink

Alcohol impacts the major organs via the bloodstream. When you consume alcohol it becomes absorbed in the stomach and then enters the bloodstream. The liver breaks down a certain level of alcohol per hour. This is about one standard drink per hour for men, or in two hours for a woman.

When you consume more alcohol per hour than your body can safely manage, it can become toxic. This can result in alcohol poisoning, which is a health emergency. Long-term heavy drinking is very hard on the body, leading to severe health issues over time.

What to Expect in Alcohol Detox

Detox is the first step in breaking free from an AUD. Detox takes about one week to complete and will involve some discomfort. Medical interventions are offered to reduce withdrawal symptoms and ease the detox process. Symptoms include:

Alcohol detox should always be monitored by an expert detox team. This is because, in someone with a long history of alcoholism, there is the chance that the DTs could emerge. This is a serious event that requires quick medical treatment in about 5% of those going through detox.

After the detox phase is over, the rehab phase is next. These treatment programs, either outpatient or inpatient, help you make lasting changes in the way you respond to triggers. New thought patterns become helpful new habits that can help you sustain sobriety over the long term.

If you have an AUD and are ready to conquer it, help is right around the corner. LifeSync Malibu is a deluxe treatment center in a beachside setting. Using both evidence-based and holistic treatment methods, the team at LifeSync Malibu is ready to partner with you. If you are struggling with an alcohol use disorder, give us a call today at 866-491-4426.

Click to Call
Request a Call Back for Additional Help